It’s been a while since my last update but a lot of things have happened over the past half year. I’ve moved to Oslo, have been doing some freelance jobs, did some experiments and am currently back at the MIT Fablab in Lyngen. A brief summary.

I guess I should start with what I closed my last post. I’ve made some coasters for c-mine foodfest, of which you can read more on this page. 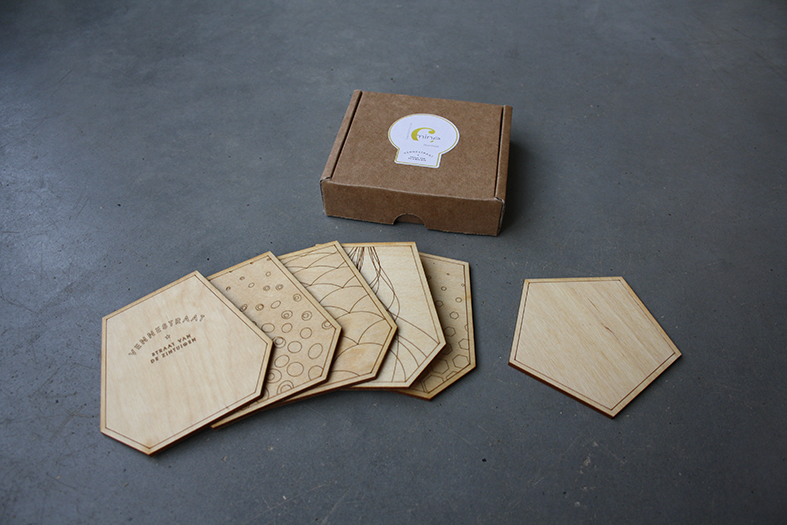 Right afterwards I moved to Oslo to continue working there, doing freelance jobs and trying to find some time to learn and experiment.

For instance I’ve been doing some research on calligraphy with the CNC by writing shopbot code directly from grasshopper. Using a V-bit you can create different thicknesses of cuts so I want to combine this and to get similar results like in writing by hand. More on that on this page. 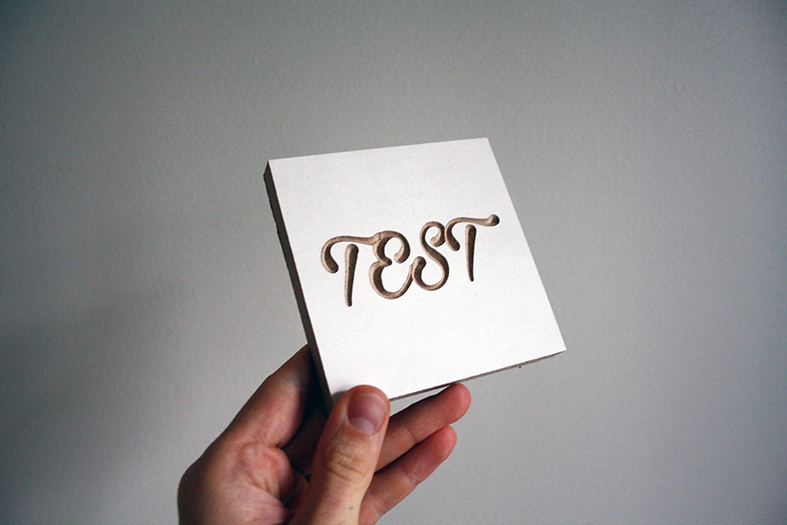 Then at home I made a coathanger to be put on the coathanger we already had. We wanted more pegs for hanging coats but since we’re renting cannot change much about walls/interior. So I used the existing coathanger for hanging a new coathanger thus creating more spots for coats and a bonus hat and gloves basket on top. More here. 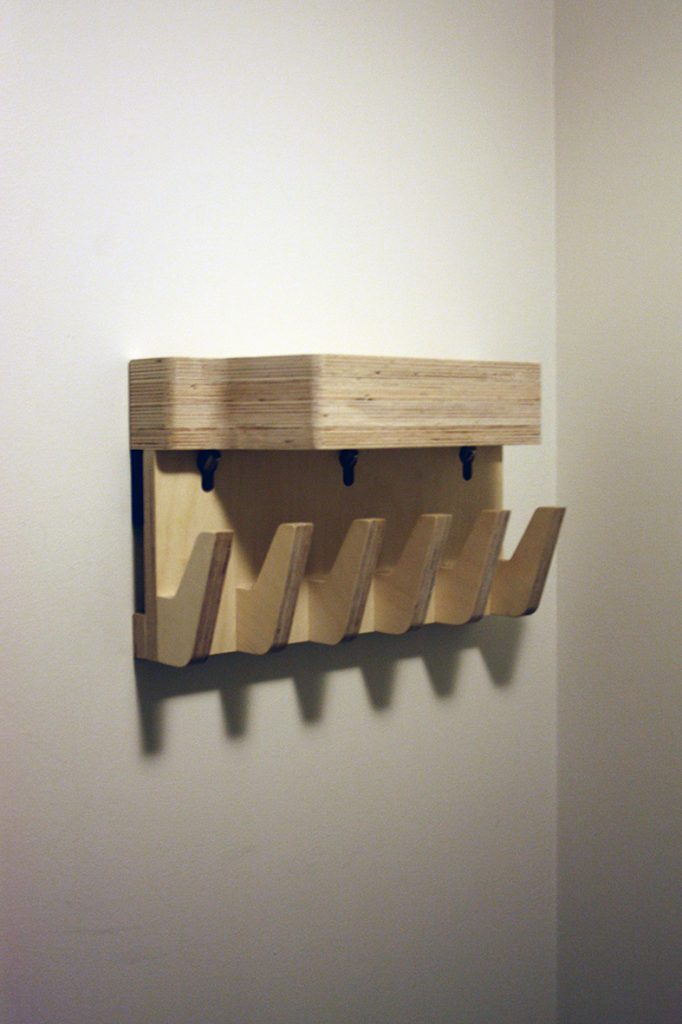 I’ve had a small (and big at the same time) fun project with Biolinia. They had a very cool idea with one of the viaducts in Chicago, where they wanted to fill up the walls with reflectors. 10 000 of them. But before putting them in place on location, they wanted to be able to decide on the pattern of the reflectors.

I made a grasshopper script for them in which they could control density and rotation of the reflectors to find a pattern they like (quite messy though, because of the urgent deadline). After deciding they could then use the digital file to project the placement and rotation of each reflector on the site. More info and images will follow. 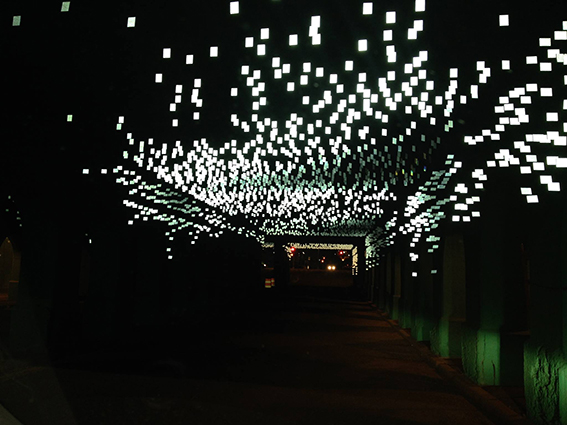 For Christmas I made a diy assemble postcard which we sent to our families. More info. 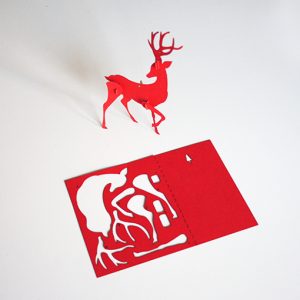 The top part of my clipper broke again. 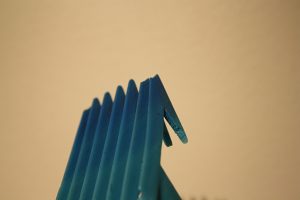 I 3d-printed it again. 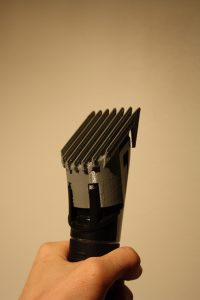 I’ve been helping out Ben Adams on the production of some reading houses for the Furuset library. I first 3d modelled and then turned all the parts into 2d curves for cnc machining. It turned out to be more complex then it seems, with lots of hidden joinery. We engraved some Norwegian style roof patterns and made chimneys to go on top. Link to page.

Ben assembled and finished them afterwards. The whole interior was designed by Rodeo Arkiktekter. 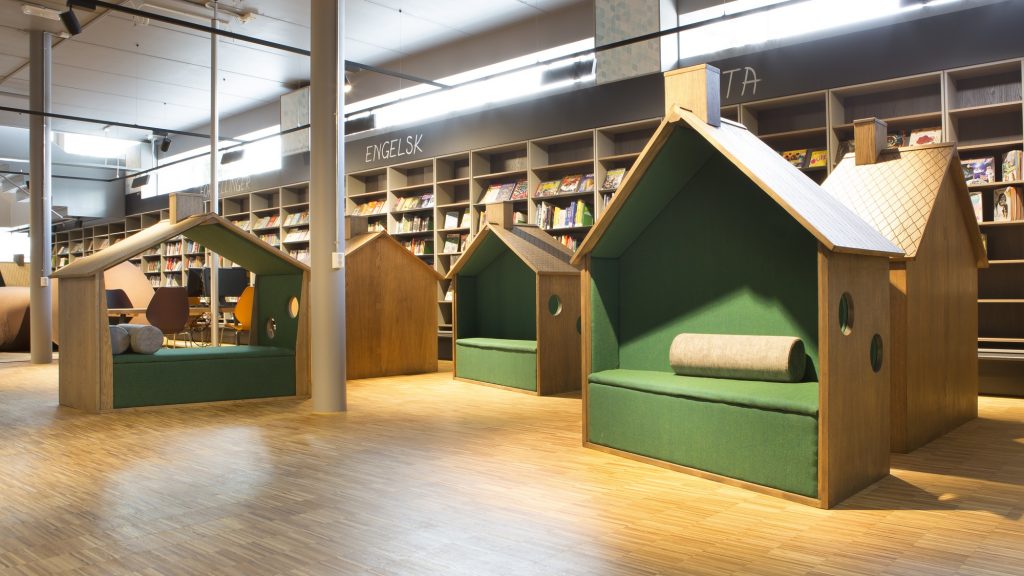 Some testing in generative modelling using grasshopper. See this page. 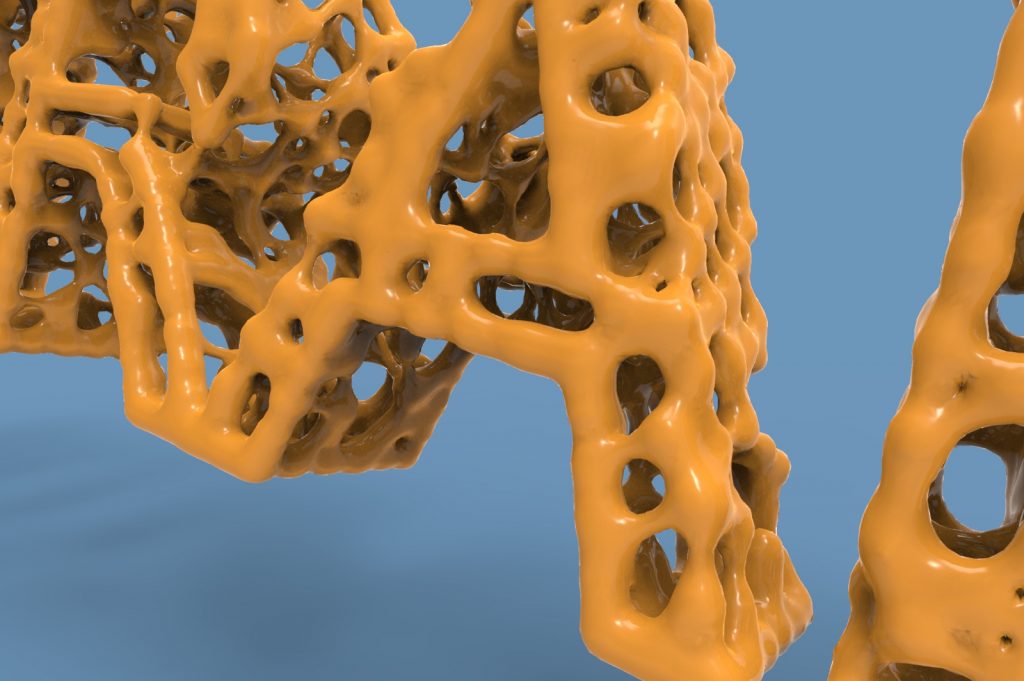 I created a grasshopper script for making these kind of illusional lines out of any black & white images. I used the lines for milling it out of some red valchromat with a white painted top layer and came out quite nice. More on this page. 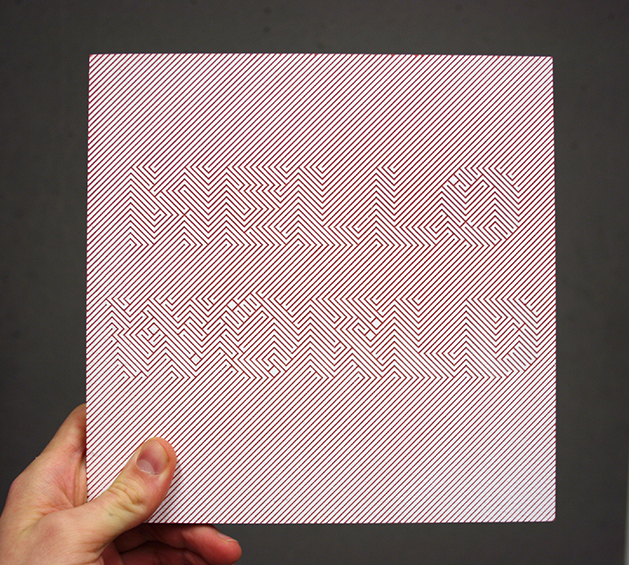 Then I’ve been doing a quite some work for Artisan Tech AS who are working on the interior for the kids library at Tøyen. They’re making it into a spectacular place with bookshelves on rails, mirrored walls, lounge areas, etc. I’ve been involved with several parts of the interior. A lot of it was making constructions for lounge benches, a funhouse mirror wall and a wall with reading holes. More information and images will follow later, when the library is opened again.

And then some smaller projects I was (or still am) working on like some 3d printed brackets, some more textures, a bit of concrete casting, a stencil, cnc folding chair, etc.